I'm always fascinated when everyday computer interfaces go sideways.  It's a little peek into the innards of the things.  For instance, I was at the Chicago airport when a storm knocked the power out.  They switched to backup power, but not quickly enough ... all the boarding pass terminals rebooted.  So I took a picture. 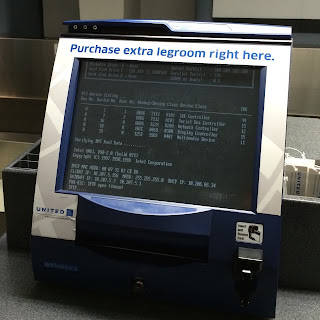 Then, there are otherwise sensible Point of Sale terminals that run Windows.  Honestly, you're trying to keep your money, not lose it.  Why would you trust it to a system with such lousy security?  Pictured below is a Canteen "Open Vending" POS. 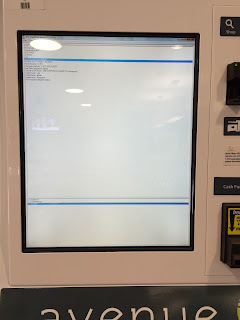 Speaking of money, one of my favorite finds was a crashed NCR ATM in the Netherlands.  I like that the designers at least put a desktop wallpaper on the system that instructs the user not to enter their PIN.  (Though, in English.) 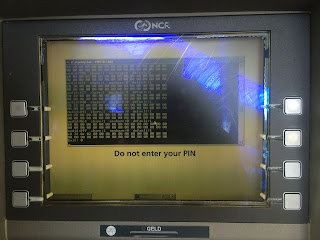 Finally, I shot a picture of an advertising display that lost its mind.  I'm curious about this one, because it's offering to send crash feedback to Logitech.  Either Logitech's getting into a new market, or this thing is a kludge using some sort of Logitech slideshow app.  Or maybe it's just that a mouse driver blew up and took the rest of the system with it. 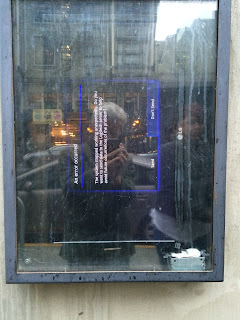